More
HomeGamesBRITAIN IN THE OLYMPIC MOVEMENT 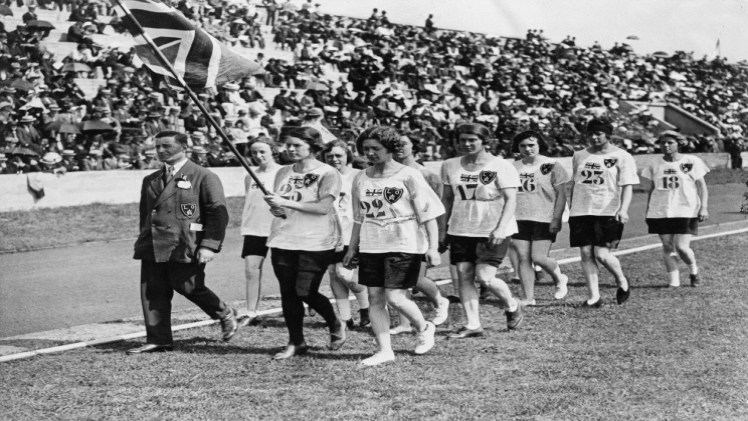 BRITAIN IN THE OLYMPIC MOVEMENT

The emergence of the modern Olympic Movement has been documented in Chapter 3. Here we will briefly revisit some of these early events from a British perspective, before continuing the story into the twentieth century. Despite the growing popularity of sport world-wide at the end of the nineteenth century, only a handful of European countries, and the USA, took part in 1894 in establishing a modern Olympic Movement and its leading institution, the International Olympic Committee (IOC). Britain was one of those founding countries.

The precise beginning of the connection between Britain and the ancient Olympic ideas and Games is difficult to pinpoint. The Anglo-Greek connection has long been present in the English language and the arts. The word ‘Olimpical’ is seen as early as 1432, ‘Olympicad’ appears in 1553 and the word ‘Olympic’ in around 1600. In 1753, Gilbert West brought out an edition of the Odes of Pindar, with an accompanying Volume II that included ‘a Dissertation on the Olympick Games’ of some 203 pages, which is a rich source of information on the ancient Games.

The unique position of the BOA as a politically independent voluntary organisation is rooted in the democratic traditions of society. The amateur and fair play ethos, which had underpinned British sport for nearly two centuries, were at times, however, at odds with global developments in the Olympic Movement: for example, the promotion of physical education and Olympic sports, not for their own sake but as a form of entertainment in the case of early Olympics, or their use as a source of profit in the case of Thomas Cook’s tours.

Related to amateurism was the issue of international understanding and peace. The Olympic Games were seen as a model of peaceful coexistence and appreciation of cultural differences even before they started. In his last letter to de Coubertin in 1894, Dr Brooks reinforced his belief that the Athens Games in 1896 would lead to peace between nations. As Chapter 10 demonstrates, the global appeal of the Games has been used by various regimes for political gains.

How to Grow Your Sports Broadcasting Career

Football Gaming Trend in the Philippines