More
HomeHealthCombi Oven vs. Convection Oven: Which One to Choose? 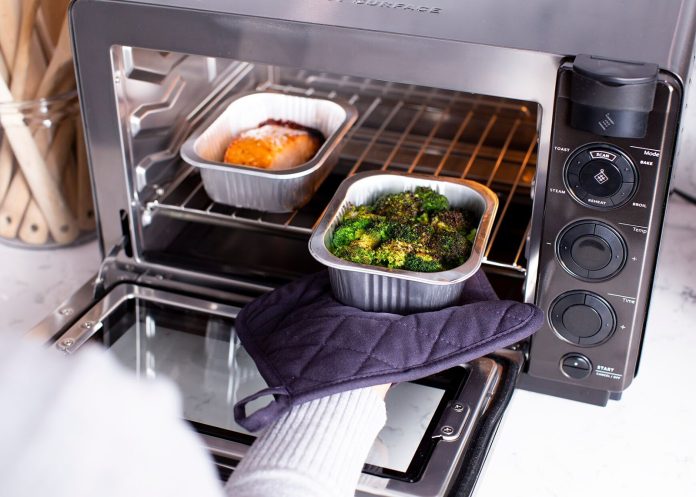 Combi Oven vs. Convection Oven: Which One to Choose?

Commercial kitchens, restaurants, and bakeries do not have it easy. Pushing out high-quality, delicious dishes day in and day out is no small feat. You might have come across combi ovens and commercial convection ovens if you want to revamp your industrial kitchen with better equipment.

Unox offers a line of state-of-the-art combi and convection ovens. Here’s a rundown of their best qualities to help you choose between them.

What Is a Combi Oven?

Comparatively, combi ovens are new to the industry. Having been around for only 15 years or so, most top chefs have not yet mastered this machine. The combi oven takes three of the most used functions in a kitchen and brings them together in one body. With this oven, industrial kitchens can prepare food using convection, steaming, or a combination of both.

The combi oven is a versatile addition to the kitchen, allowing you to poach fish, steam vegetables, make bread, and bake cakes using the same equipment. The most attractive factor in this oven is the combination mode that can regulate the dry heat and humidity in the cooking cavity from 0% to 100%. If consistent commercial cooking is the aim, a combi oven is the best solution.

Why Choose a Combi Oven?

The versatility of the combi ovens is something you cannot overlook. Allowing the users to bake, broil, poach, roast, steam, and warm, the equipment saves space in the kitchen. Unlike other ovens, a combi oven can be adjusted precisely to prevent food from shrinking or slightly burning in the cooking process. This means that only the best quality of food can be expected from these ovens.

You can also programme menus into the oven. This helpful feature removes a lot of risk in large-scale commercial kitchens. In short, a combi oven is an appliance that carries out the functions of three without monopolising the kitchen space or causing significant damage to the food.

What Is a Convection Oven?

Commercial convection ovens have been around for a while and earned a name for themselves. Working on a fan and exhaust system to spread warm air all over the cooking cavity, a convection oven is a go-to appliance for functions such as baking, broiling, and roasting.

The mechanism of the convection oven ensures that there are no warm and cool spots on the food. Instead, the food is cooked evenly on the rack. If you are having trouble distinguishing between the convention and convection oven, look for a fan apart from the top and bottom heaters.

Why Choose a Convection Oven?

One of the major reasons behind the popularity of convection ovens is that they ensure even cooking. The fan that sets the convection oven from the combi distributes the hot air for even cooking. If you need a crispy outside for your meats without losing the juiciness on the inside, convection cooking is the answer. Only convection ovens were reliable for that signature “browning” effect on bread and pastries. Besides, these appliances are suitable for cooking large quantities of food fast.

Choosing the right equipment for your commercial kitchen is crucial. Both Unox combi and convection ovens have their perks. However, considering all the features that combi ovens offer compared to others, they can certainly be complementary to your industrial kitchen. Since they do not consume as much space and offer a wider range of functions, the appliance gives you an edge in front of your competitors.