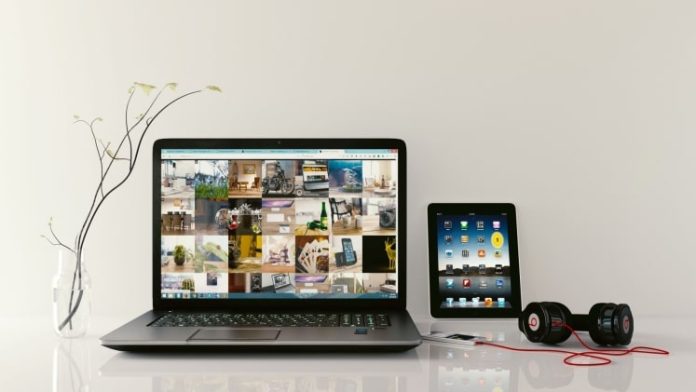 Remote work has become one of the pandemic’s biggest changes. To make it possible, students and remote employees alike require high-tier technology. When it comes to laptops, you need to choose the best processor, operating system, RAM, which can cost a large sum.

If you’re not tech-savvy or don’t go into the finer details, you may wonder if the costs on laptops are worth it. A great way to delve into this is to discover, “How do laptops work?”

There’s no denying that the skyrocketing want and need for laptops won’t go down any time soon. The laptop market has over a 34-billion-dollar prediction value in 2028. Knowing how a laptop works may give you a better understanding of what you should look for when shopping.

Read on to discover more!

Portable, lighter, sleeker design, and more features. These are some of the reasons behind the rising popularity of laptop computers. Unlike desktops, laptops are easier to carry and move around.

Many laptops nowadays carry almost the same features as advanced modern PCs. That’s why it’s important to note that laptops can be more expensive than desktops. While there are more affordable types of laptops, they’re often pricier due to the delicacy of laptop technology.

Fitting together all the components together means using finer and more fragile materials.

There isn’t much difference between desktop computers and laptops, except for their size and portability. Laptops have a sleek, compact design with the screen intact. Because of their small design, they give out less heat and conserve more power.

The placement of each computer component is important for laptops to work. Here are some of the major components you need to know about and answer how laptops work.

A laptop’s microprocessor works with the operating system in controlling the entire thing. It acts as the command center, which produces a lot of heat.

For desktop computers, fans and heat sinks give circulating air to cool down. Laptops have smaller spaces for cooling down, so what it does to cool off the unit are the following.

Laptops have smaller fans, heat sinks, and heat spreaders to help cool down the CPU. Other higher-end models make use of liquid coolants to reduce the heat. Laptop CPUs are also near the edge to help the fan move the heat outside.

To make up for the laptop’s reduced performance from slower processors, they offer quicker access to memory and storage. They also have upgradeable memory if you want to add more to your laptop. Some models also include removable panels for easier access to the memory modules.

Unlike desktops, laptops have reduced graphics performance, unnoticeable to some users. This is due to the fact that laptops are first designed for web surfing and simple productivity applications. But nowadays, many laptop models offer better GPUs that can handle heavier PC applications.

Another great feature of laptops is their integrated LCD screens, making them portable. They can range from 12 to 17 inches, that can affect the entire size of your laptop.

A lot of laptop users don’t know that you can build your custom laptops. While homemade desktop computers or white boxes are popular, modded laptops are still unknown to some.

That is because it’s hard to find parts for white books or modded laptops. Some laptop companies now sell blank laptop shells that people can upgrade and resell to the market.

What to Consider When Buying A Laptop

Buying a laptop can be a real headache, especially if you know nothing about how laptops work. Because there are many components to consider, choosing the best laptop may be difficult.

The easiest way to go about this is to ensure you’ve got the main things understood. That way, you’ll be able to buy one that can handle the laptop software you’ll need.

Here are some of the things you need to consider when buying a laptop.

The first thing to do is decide on which operating system is the one that works best for you. Whatever laptop software you plan on installing is important to determine what OS you should want. That way, you won’t run into any problems, like your apps not running due to incompatibility.

Windows is the best choice if you plan to use Microsoft apps like MS Office. Apple’s macOS is better for beginners, although it’s connected with other Apple hardware. Linux is a good OS for those looking for a learning curve, since many popular apps like Microsoft can’t run in it.

The next thing you need to consider is to choose the other hardware specifications you may need. This includes the processors or the CPU.

There are two leading companies to consider. These are Intel and AMD.

Intel processors are one of the oldest and most popular computer processors. Some of its main processors are the Core series, ranging from i3 to i9. Right now, i9 is the most powerful intel-Core processor.

There’s also the new intel-Evo designed for today’s fast-paced lifestyle. You can check out this source to know more about Evo and the laptop models that make use of it.

AMD is another processor company that’s now rising in popularity. A lot of new gaming laptops use AMD Ryzen 5 as their microprocessors. The difference between AMD and Intel is in their graphics performance.

AMD’s performance is better than graphics-intensive activities like video editing.

Having a bigger Random-Access Memory or RAM in your laptop is always better. Because your RAM holds all the data in your laptop. Once it becomes full, your laptop performance can become slower. This will make any tasks difficult to finish.

Nowadays, the basic RAM for your laptop should be at least 8GB. If you only need your laptop for productivity apps or watching films, 8GB is enough. Gaming enthusiasts may need to upgrade their laptop RAM to at least 16GB for better performance.

Apart from checking the OS, CPU, and RAM, you can also check on the different types of laptops when buying one. Keep in mind that there’s no exact type of laptop. Computer retailers only categorized laptops based on their purpose of selling the units faster.

Here are some of the types of laptops you can choose from.

Notebooks, also called garden-variety laptops, weigh around 5 to 8 pounds. They have display ranges that can be around 13 to 16 inches. Notebooks have sound cards and sophisticated graphics that are great for games and creative work.

Ultrabooks are the thinner kind of productivity laptops. They have a sleek, slim design that comes from HP Ultrabook, to which these types of laptops got their name. Because they’re lighter than most laptops, you can carry them anywhere.

Apart from that, ultrabooks have longer battery life. This is great if you’ll often use your laptop in remote places. They also often appeal to a lot of college students, as well as most people in the workforce.

These laptops provide the best performance with multitasking. It also features second displays and sturdy designs.

When you’re tight on budget, netbooks are the best option for you. These are the laptops that are quite small and affordable. Although, they do have less powerful processors and low RAM. Netbooks are also one of the oldest models of laptops around.

Even tablets can upstage a netbook’s laptop performance, especially if they’re an Apple iPad or Microsoft Surface.

Convertibles or 2-in-1s are laptops that can also act as tablets. Most convertible laptops boast a screen that can fold back to 180 degrees. Others feature a detachable touch screen.

Workstation laptops or creator laptops are the ones creative professionals often use. These laptops have some of the best displays, along with high-end features.

A Comprehensive Guide On How Do Laptops Work

Although laptops are amazing, fascinating, and convenient, few people know more about how do laptops work. Because of that, people tend to buy a laptop that’s not right for their intended work. Knowing how laptops work and function is necessary to get a laptop that fits your needs.

Becoming tech-savvy will also help when your laptop’s going to need upgrades or repairs. Want to learn more about the latest upgrades and tech? Check out our other blog posts to discover more!