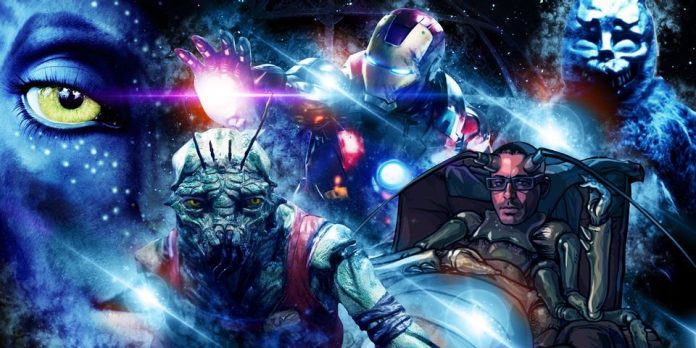 Despite successful movies like Alice in Wonderland, Iron Man 2, and Inception, 2010 hasn’t been a golden year for science fiction and fantasy movie fans so far. There’s been nothing compare to either Star Trek or Avatar but could the following Autumn and Winter 2010 movies finally lift the year up to a high? I streamed the movie for free at 123 Movie.

Re-teaming Milla Jovovich as Alice and Ali Larter as Claire Redfield, September’s Resident Evil 4 continues from Resident Evil: Extinction as they battle in the future against zombies and the Umbrella Corporation goes on. This time they’re joined by Prison Break star Wentworth Miller as Claire’s brother, Chris Redfield, who they must break out of a Los Angeles prison with the city overrun by zombies.

Resident Evil: Afterlife is again directed by Paul W. S. Anderson but it’s the first in the series to also be released in 3D and for IMAX-3D theatres.

Flying under the radar for most people, Monsters is a British science fiction movie made for a reported $15,000 which may just be like Paranormal Activity and hit above its weight. Monsters depicts a near-future where a NASA probe carrying samples of alien life found in our solar system crashes into Central America upon re-entry. New alien lifeforms begin to appear soon after and half of Mexico is quarantined as an infected zone.

Monsters is a road movie where a US journalist must escort a tourist through the infected zone to the safety of the US border, evading the US and Mexican forces battling the giant aliens. Directed and written by Gareth Edwards, who also produced all of the visual effects on his own computer, Monsters will get a limited release in October and may be this year’s District 9 (but on a much smaller budget).

Another science fiction movie that may be flying under the radar before its November release, Skyline takes place in an LA high-rise as alien ships are attracting people with beams of life and sucking them off the planet. Skyline is directed by the Brothers Strause, who also directed the critically panned Aliens vs. Predator: Requiem but also own visual effects company Hydraulx which has done work on many movies before this one, including The Day After Tomorrow.

Despite the movie having a modest budget, the official trailer for Skyline is already causing a stir..

Harry Potter and the Deathly Hallows: Part I

The seventh and penultimate movie in the Harry Potter fantasy series, the first Deathly Hallows movie is released in November, with part 2 following next July. Directed again by David Yates, who also directed the acclaimed Harry Potter movies Order of the Phoenix and Half-Blood Prince, Deathly Hallows will be the first in the series to also be released in 3D and is almost certainly going to follow previous Harry Potter movies into the top 10 of all time and greatly add to the $4.5 billion already earned.

The Chronicles of Narnia: The Voyage of the Dawn Treader

Distributed by 20th Century Fox this time (instead of Disney) the third movie in the Chronicles of Narnia series, based upon the epic fantasy series of books by C. S Lewis, is released in December and should do well during the holiday period. Featuring Ben Barnes again as Prince Caspian and the voice of Liam Neeson as the great lion Aslan, The Voyage of the Dawn Treader follows Edmund and Lucy from the first two movies, plus their cousin Eustace, aboard the Narnian ship as it must sail to the edge of that world to Aslan’s country.

Despite Prince Caspian earning less at the box office compared to The Lion, the Witch and the Wardrobe, this third movie should still be a major release and the added thrill of 3D should help to sell tickets.

Disney’s first Tron science fiction movie was released in 1982 and has since achieved a cult status for its trailblazing use of computer graphics. Tron: Legacy is a direct sequel and again teams up Jeff Bridges as Kevin Flynn and Bruce Boxleitner as both Alan Bradley and Tron. This time they’re also joined by Flynn’s now adult son, Sam, who gets pulled into the computer world where his father’s been living for the past twenty years and must help him escape from a villain who will stop at nothing to prevent that.

With a big budget allowing for ground-breaking visual effects, and the return of the iconic light cycles, Tron: Legacy should be a feast for the eyes when it’s released in December, especially as it will also be shown in 3D and IMAX-3D. A transmedia marketing campaign called ‘Flynn Lives’ is also helping to build the hype, as does repeated exposure at Comic-Con events. A tie-in video game, Tron: Evolution, is also being released for Xbox 360, PlayStation 3 and PC.

A Cold Winter for science fiction and fantasy movies?

Although no science fiction or fantasy movie this year will match the dizzying box office heights of Avatar, Harry Potter and the Deathly Hallows stands a good chance of breaking the $1 billion barrier thanks to 3D ticket sales. Both The Voyage of the Dawn Treader and Tron: Legacy should also do big business, thanks again to 3D tickets which could also help lift Resident Evil: Afterlife above the previous zombie movies. Monsters and Skyline are wildcards that may just end up surprising everyone.