More
HomeHealthWhat Are the Common Causes of Alcoholism? 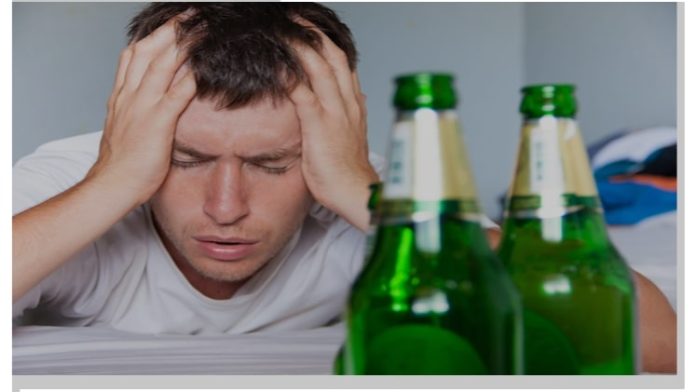 What Are the Common Causes of Alcoholism?

Unfortunately, some people may be more prone to alcohol addiction than others, which is why it’s so important to always be understanding and not judgemental.

What are the causes of alcoholism and common signs of alcoholism? There are a few common reasons why someone might become an alcoholic. In the guide below, we’ll discuss several of those reasons.

Continue reading below to learn more!

Drinking at a Young Age

Drinking at parties or clubs at a young age can seem harmless at the moment. Everyone else is engaging in this behavior and having a drink or two won’t cause much damage as long as you have an assigned designated driver, right? Unfortunately, drinking at a young age can lead to alcoholism for many adults.

This is because drinking can quickly become a bad habit and your body’s tolerance to it can grow over time, forcing you to drink more if you want to have the same effect from it.

For some, drinking is a way to relieve stress. This is most commonly seen in individuals with high-stress jobs such as doctors or CEOs of large companies. Drinking is a quick and easy way to decompress after a long day of work.

The same is true for those living in a stressful environment, such as an unhealthy home setting. A healthier way to reduce this stress is to find natural relaxing methods such as reading or exercising.

Various mental health problems are also a common cause of alcoholism. Depression, anxiety, and PTSD are some main mental health reasons why someone might turn to drinking. This is due to alcohol reducing these symptoms or eliminating them temporarily.

However, it’s important to note that this is only a temporary fix and why a person must continue to drink to ease these symptoms. Entering substance abuse treatment is an essential next step. Visiting a rehabilitation facility such as soberlifesd.com to learn how to get sober is ideal for someone struggling with drinking for these reasons and more.

Alcoholism in the Family

When alcoholism runs in the family, it makes a person more susceptible to it. It could be a parent or another relative that places you at a greater risk. The reason for this can be due to genetics, but it’s also due to the environment you’re placed in.

If you spend an extended amount of time around people who drink heavily, then it can influence you to do the same.

The Real Causes of Alcoholism Might Not Be What You Thought

It’s easy to judge someone for being an alcoholic. They made the decision to start drinking and now must take responsibility. However, the causes of alcoholism aren’t always what some people may believe.

Alcoholism is a disease for various reasons, which should always be taken seriously. To find more helpful topics similar to this one, be sure to check back here often.