More
HomeLifestyleWhat Does Astrology Tell You About Your Marriage Life? 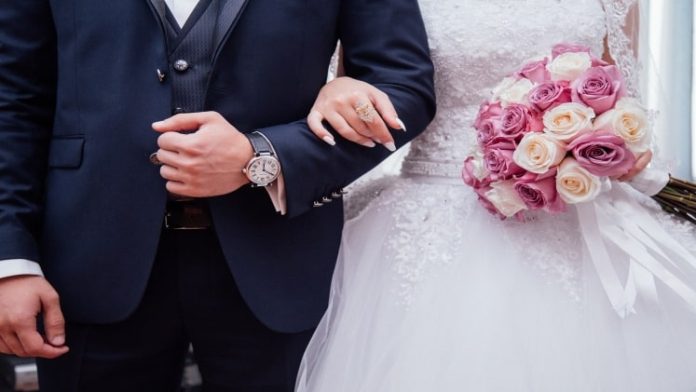 What Does Astrology Tell You About Your Marriage Life?

With the aid of horoscope matching, many elements of marital life may be foreseen and issues avoided. Vedic astrology strongly advises that horoscopes be matched to avoid severe problems in the future.

The primary purpose for astrological kundali matching by name is to determine the mental and physical compatibility of the pair; this comprises both parties’ attitudes, mindsets, tempers, and behaviours, which constitute the foundation of a good marriage. Physical attractiveness is also assessed to determine whether a certain degree of desirability is required for a successful long-term partnership.

Kundali matching is also crucial to ensure that the movement of planets in one’s horoscope does not obstruct or impede the other person’s job growth and advancement. Bhakoot, the eighth guna, indicates this consequence.

The 7th house rules marriage and other committed partnerships.

To begin, determine which planet dominates your 7th house. Take a peek at your birth chart and see which sign your 7th house cusp (or starting) is in. Then look below to see which planet governs that sign; this is the planet that governs your seventh house. Then look up where that planet is in your birth chart. It’s a major indicator of marriage possibility when an outer planet in the present skies aspects this planet in your birth chart. Saturn in the sky will also play a part when you’re ready to commit, as Saturn is the planet of obligations and long-term commitments.

While certain astrological combinations indicate that marriage is possible, others do not. Various astrological situations might cause a marriage to be postponed. The 7th house, its ruler, and Venus indicate when and how to marry males. On the other side, the 7th and 8th houses, their lords, and Mars foretell what awaits women in marriage.

If your horoscope contains marriage yoga, that marriage yoga will include at least five marital cycles. Marriage cycles, for the uninitiated, are periods during which the native’s planets suited for marriage become activated, and conditions favourable to marriage are produced. If the cycles are triggered but not powerful enough in their impact, this might cause a delay. The native must wait for a strong enough cycle to overcome this barrier, which requires time and patience. Another reason for the delay in marriage might be if the native, deliberately or unwittingly, pursues other interests during the stronger cycles, such as career, education, etc. As a result, it is certain that many weddings will be delayed due to human meddling, and one cannot blame the delay on planetary combinations alone. As a result of these interferences, whether planetary or human, the native finally decides to marry during cycles that are weak or unsuitable for marriage.

Marriage compatibility by date of birth entails a systematic chart matching process that considers numerous human behaviour characteristics. Before making a choice and informing you, a skilled astrologer would examine the physical characteristics of the intended pair and try to match them. You may have heard of “Gun Milan” or “Asthakoot Milan,” which are characteristics of features examined to make a marital compatibility determination.

Again, it’s planetary interference that’s causing issues in your marriage, particularly with your in-laws. Both the husband and the wife are guilty of this. If a native’s horoscope’s tenth or third house is distorted, and they have a “Lagna” that is incapable of dealing with the distorted houses, you may have in-law issues in your marriage. However, astrology itself will provide you with solutions to such issues. The best part is that you can figure out what your connection with your in-laws is like even before you marry.

If an astrologer in California has the necessary education and experience, he may also be a good counsellor, whether it’s for a marriage or a relationship. Astro-Marriage counselling is, in fact, one of the most popular areas of astrology. Marriage counselling is available both before and after marriage. The method used is to look at the couple’s horoscopes and locate planets that aren’t aligned with the intended outcomes. The astrologer employs Vedic rituals and Karma rectification to calm the unfavourable planets and mend shattered relationships.

There is minimal probability of a divorce or split if a couple goes through a particular marital compatibility session or consults astrologer in New York before getting married. Even if a scenario leads to divorce, you can seek the advice of an astrologer to avoid it.

Strapless Bras: 5 Essential Facts You Ought to Know