More
HomeBusinessWhat is Python IDE? Everything You Should Know 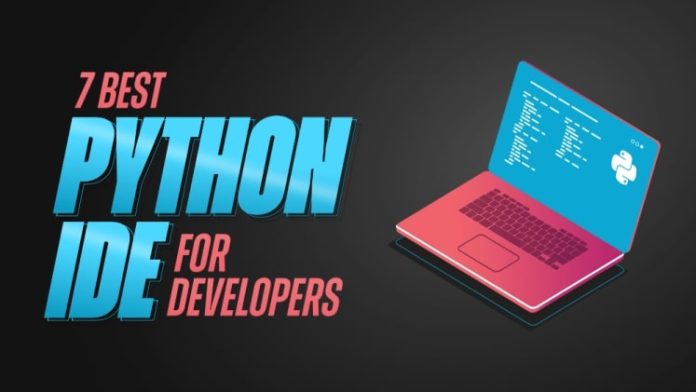 What is Python IDE? Everything You Should Know

Are you a newbie software developer?

If yes, then you should be binding all the requirements together to create an environment that satisfies everyone’s demands. An Integrated Development Environment (IDE) is something that will help you. Wondering how?

To state in simple terms, IDE is a programming tool that integrates the work of writing, debugging, testing, and executing the software program. It comes with an editor for source code, local automation builder, and source code compiler of the computer. The debugger validates the code.

There are certain IDEs designed specifically for python programming. Let’s move ahead to explore what these python IDEs are, how they help, which are the best types, and how to choose one.

What is Python IDE?

The Python IDE has all the necessary tools that help in the development of python software. It automates the development process, increases efficiency and competitiveness. Similar to a traditional IDE, the Python IDE also has automation tools, a compiler, an editor for code, tools of debugging, as well as many other things. You can compile, write, debug, and execute your code.

Moreover, a Python IDE has a few characteristics:

After brief information on what is Python IDE, let’s move ahead to understand the importance of IDEs for Python Programming.

Importance of IDEs for Python Programming

There are various reasons why IDEs are important for Python programming:

Suppose you’re writing a piece of code and there is an incorrect keyword added. In such a scenario, the IDE will suggest alternatives to the keyword or inform you that a certain line of code is incorrect. IDE is capable of suggesting because it has some amount of intelligence. When an IDE has more intelligence, you can write error-free code.

An expert developer will also spend some time debugging errors. It is because writing a perfect code in the first attempt is quite rare. Debugging capabilities of python tools are nonexistent. IDEs help you discover code written by experts. They help you trace through applications to learn new skills and sharpen the skills that you already have.

After exploring the importance of IDEs for Python, let’s understand the top 7 Python IDE that you can use.

PyCharm can function on a variety of operating platforms. It works best for Linux, macOS, and Windows. Additional features of PyCharm include specialized project views to quickly switch between files. Uses Django, Flask, and web2py to facilitate web development. There are more than 1000 plug-ins built-in PyCharm to help programmers write their plug-in to expand their features. There are paid and free versions of download for PyCharm.

It is a powerful, quick, and extensible code editor developed in C++ and Python. Along with Python, Sublime Text also provides support for other languages. It has various features like “GoTo Anything” that allow you to quickly access files, symbols, or lines. You can simultaneously edit the code. Additionally, you can make project-specific preferences.

It is a programming language that is platform-independent and has great Eclipse ecosystem compatibility. On Eclipse, Python development is identical to Java development. Additional features of Pydev include a remote debugger, code folding, and Python 2.x and 3.x syntax.

Atom is an open-source free IDE developed using web technologies. It is based on the Electron framework built by GitHub. Atom includes features such as enabling support for third-party packages and themes, the APM enables the installation and management of packages and supports other languages such as C, C++, Java, HTML, etc.

Eric is open-source software created in the Python programming language. Anyone can recreate its source code as it is available for free. This software offers a format-able window layout, format-able syntax highlighting, code folding, built-in support for unit testing, and Django.

IDLE is written in python and the name is in honor of Eric Idle who is the founding member of Monty Python. This IDE is quite simple and it is considered as extremely suitable software for the education industry. Additional features include the inclusivity of python shell with syntax highlighting, multi-window text editor, program animation, breakpoints to ease debugging, and a visible call stack.

How to choose the most appropriate Python IDE?

When choosing a Python IDE, it is necessary to consider the following things:

Once you figure out these points, you can select the most suitable Python IDE based on their features.

Python IDEs can help you improve your process and make your production more profitable. They help you in customizing your windows and hues. They also assist you in writing, executing, and debugging code.

How Can You Get The Audience To The Movies In Beachwood, Ohio